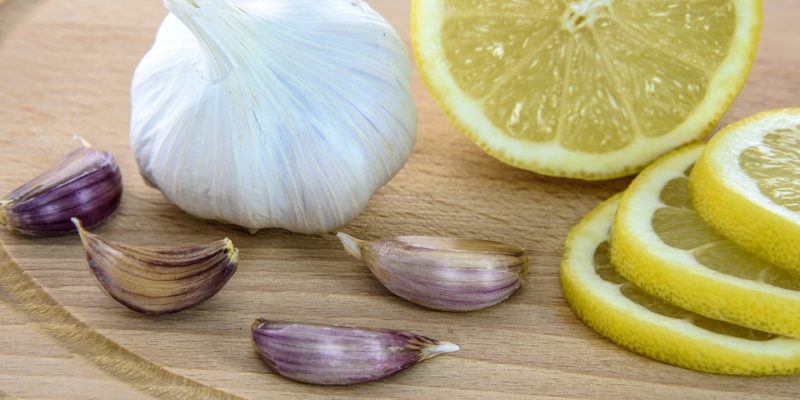 Garlic has dialyl sultides, an immune-enhancing allium compound that appears to elevate the activity of immune cells that combat cancer. It has also be shown to indirectly assist in the break down of cancer causing substances by assisting in blocking carcinogens from entering cells as well as retard the progression of tumors.

Diallyl sulfide, a component of garlic oil, has also been shown to render carcinogens in the liver inactive. Studies have linked garlic, as well as onions, leeks, and chives, to lower the risk of stomach and colon cancer.
Dr. Lenore Arab, professor of epidemiology and nutrition at the UNCCH (University of North Carolina at Chapel Hill) schools of public health and medicine and colleagues analyzed a number of studies and reported their findings in the October 2000 issue of the American Journal of Clinical Nutrition. Based on the report, people who consume raw or cooked garlic regularly face about half the risk of stomach cancer and two-thirds the risk of colorectal cancer as people who eat little or none. Their studies didn’t show garlic supplements had the same effect. It is believed garlic may help prevent stomach cancer because it has anti-bacterial effects against a bacterium, Helicobacter pylori, found in the stomach and known to promote cancer therein.