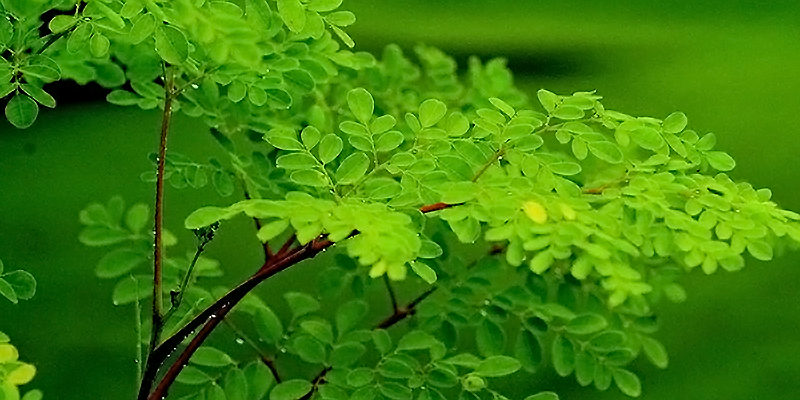 Botanical Name (s):  Moringa  Adans  species:  Moringa oleifera Lam.  Popular Name (s):  horseradish tree, drumstick tree, Sahijan.
Parts used:  roots, seeds and leaves
Habitat:  Found through India
Description: l Moringa tree grows mainly in semi-arid, tropical and sub-tropical areas. While the best type of soil for this tree is dry and sandy, also can tolerate poor soil such as that found in coastal areas. The tree is native to the Himalayas in northwest India. Moringa is grown extensively in areas such as Africa, Central and South America, Sri Lanka, India, Mexico, Malaysia and the Philippines. It is believed that one of the shafts is most useful in the world. Its leaves are highly nutritious, being a significant source of beta-carotene, vitamin C, protein, iron and potassium. The leaves are used as cooking and spinach. The tree has an average height that extends to 15-20 feet. The fruits are 6.8 inch long brown in color and have six visible veins. The leaves are 1-2 feet long and are in pairs 6 to 9, with a width of 1/4 inch. Moringa oleifera seeds are triangular and astringent in taste
Uses and Benefits of Moringa