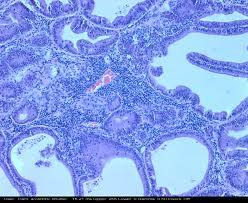 If you feel the burning sensation during ejaculation and have trouble maintaining an erection during a sexual intercourse speak with your urologist because these symptoms could hide a prostatitis.

The prostate connects the nerves that go from the penis to the brain, therefore, in the case of prostatitis, the communication between the organs is interrupted or altered, causing episodes of premature ejaculation. Inflammation of the prostate also causes a burning sensation in the urethra during urination and more rarely during or after ejaculation. Sometimes you can find traces of blood in the urine and / or semen. Prostatitis is a disorder that affected men of all ages. One out of two experiences this problem at least once during their lifetime, in fact, the inflammation of the prostate is the most common uroandrologica more common in men younger than 50 years and is in third place in those above 50. In Italy affects 13.5% of the male population.Often, however, is not identified until you experience sexual dysfunction such as premature ejaculation, erectile deficiency or fertility problems. A study conducted by the University of L’Aquila has shown that 56.5% of men who suffer from premature ejaculation have a prostatitis. Once you have had a prostatitis, the probability of a relapse is very high, it is estimated between 20% and 50%.

What is the prostate

The prostate is a small gland shaped chestnut of a diameter of about 2-3 cm, is located below the bladder and in front of the rectum. The prostate performs three main functions: It produces semen along with the seminal vesicles, degrades and eliminates the sperm aged, or those who have more than 30 hours, and is engaged in the defense of the testicles and upper urinary tract. During sexual activity increases the secretory function of the prostate produces semen and prepares the rapid expulsion with ejaculation.During orgasm, the walls of the prostate contract pushing the sperm into the urethra.

The word ‘prostatitis’ describes a state of inflammation of the prostate gland. An infected prostate can cause pain during urination and / or ejaculation. If not treated on time and in an appropriate manner may result in serious complications.

There are four types of prostatitis:

The acute bacterial prostatitis (ABP) is the most dangerous. It is caused by bacteria such as Escherichia coli or Klebsiella. When not treated promptly and properly, the infection can spread to the bloodstream and develop serious complications.

The chronic bacterial prostatitis (CBP) is a recurrent infection of the prostate and urinary tract. The symptoms are less severe than those associated with PBA.

The non-bacterial prostatitis is a simple inflammation of the prostate without bacterial infection.

The prostatodynia , also called chronic pelvic pain syndrome, is characterized by symptoms similar to those of a prostatitis but no inflammation or bacterial infections.

These different forms have common causes. It can switch from one type to another with extreme ease of prostatitis especially when the symptoms are neglected and not treated appropriately.

The symptoms of acute bacterial prostatitis occur suddenly and include:

Patients with prostatodynia show symptoms similar to those of a prostatitis although not show infections or inflammations.

To diagnose prostatitis detailed examinations are needed. Among the most common highlights:

digit rectal examination to see if the gland is soft or swollen. To carry out this type of examination, the astrologist introduces a finger covered with a glove well lubricated in the rectum of the patient to evaluate the surface, the shape, the texture and the size of the prostate.

The culture of prostatic secretions is played with a prostate massage that usually follows the digit rectal examination. The secretion produced is collected and analyzed in the laboratory.

The semen analysis , through the evaluation of sperm quality you get information about the prostate. Subsequently, we analyze the leukocyte concentration and the possible presence of bacteria.

The ‘ trans-rectal ultrasound , is a method that can be annoying. With the aid of an ultrasound probe introduced via the rectum is obtained a detailed study anatomical-structural. Can cause loss of blood that they report in the stool or urine that resolve within a few days.

First the bacteria . A lifestyle irregular, unhealthy diets, and even excessive consumption of alcohol and constant may weaken the immune system and encourage the proliferation of bacteria that are so free to cause inflammation.

The smoke , because it alters the vascular flow and inhibits the body’s defenses. Nicotine creates difficulties in the stream of blood to the male genitalia.

sexual abstinence , as stand long periods without ejaculating reduces the secretory function of the prostate increasing the risk of producing toxic residues that may cause inflammation. It is recommended to ejaculate every 4-5 days to prevent problems of this type.

The sedentary especially detrimental to the pelvic area that needs, more than other areas, because of the movement itself is fairly static and also is always good stimulation of the movement of body fluids.

The stress , because it lowers the immune general throughout the body.

Even the coitus interruptus as a method of contraception because it leads to a strained with probable consequent microlesions structures prostatic that, in the long run, may cause inflammation.

The care and treatment essentially depend on the severity of inflammation and the type of prostatitis.

In general, the antibiotics: the most used are the quinolones, macrolides and the sulfamidi. In rare and special situations, it may be necessary to use a thermal therapy. The last resort is represented by the surgery, which often causes impotence.

To overcome the most bothersome symptoms of prostatie are advised to avoid alcohol because it causes congestion of the prostate, not to exceed the supply, drink a little in the evening to avoid sleepless nights for continuous urination and physical activity because the sedentary lifestyle due to urinary retention.