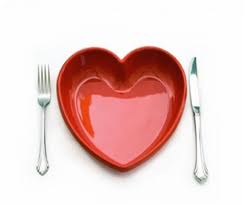 Cholesterol: friend or foe? How many we have heard this word never actually know what it was. Cholesterol is the word in recent years, the hit television commercials and media in general, which urged consumers to stay away from high cholesterol   or keep it under control or prefer the increase in “that” good.

But then, cholesterol is good or bad? And ‘our ally or an enemy to escape like the plague?To defend themselves from cholesterol really need to know in order to manage and deal with a proper diet, and above all, personalized. Cholesterol, scientifically speaking, is a sterol, a molecule that is present in the cell membrane of living beings.

To know the level of cholesterol in the blood just perform simple clinical tests that can provide both total cholesterol than the LDL (bad) and HDL (good).

Most health problems are caused by its bad part of cholesterol, or LDL, where, because of the low density lipoprotein, fats transported in the blood accumulate in the veins and arteries by blocking the passage of the blood itself.

These fats, transported by LDL , are so sticky that might cause the thickening and hardening of the arteries, with obstruction of the blood circulation, clot formation and deposit of “plaques” fat “at the vascular level, with the appearance of ‘ arteriosclerosis.

When the obstruction is serious and of considerable size can also give rise to stroke, that is, the sudden interruption of blood flow, resulting in risk of death for the affected person. Elevated LDL cholesterol can lead to different problems and fatal consequences.

Excessive fat in the blood is, in fact, the basis of many cardiovascular diseases, infarction, hypertension and stroke up. Some studies also showed that stroke is a leading cause of death for people above 65 years of age.

How to reduce cholesterol

A part of our cholesterol is produced by the liver, while the rest is assimilated with the fats of the food.

The levels of cholesterol produced by the body you can not control, but you can control those introduced with the foods that we consume every day, because it is the high cholesterol , or rather the LDL increased because of poor nutrition to produce the most damage. Foods that fight cholesterol are many and should be consumed on a regular basis almost maniacal. These include fruits, vegetables, legumes and whole grains.

To reduce the risk of cardiovascular disease caused by excess cholesterol, experts recommend at least 5 servings a day of fruits and vegetables. In a healthy diet and regular can not miss the proteins and carbohydrates that are naturally consumed judiciously and sparingly. Proteins are found in abundance in meat and fish (and legumes), but from your diet, to give a “kick” to the final cholesterol, you should remove grease complex as lard and so-called saturated fats, those animals content not only in the flesh, but also in milk.The characteristic of the saturated fat is to be very thick and sticky and bind more easily to the arteries.

The diet anticholesterol should, however, provide an adequate consumption of unsaturated fats, present, inter alia, in the olive oil. Among the unsaturated fatty or good, there is also the omega-3 content in oily fish, shellfish, and in many vegetables, legumes. In the fat of meat are, however, omega-6, which have the same characteristics of omega 3 helping to keep cholesterol at bay. An active lifestyle and a healthy daily movement can make the arteries less thickened, promoting better blood circulation, with beneficial effects on cholesterol.

Often, the rise in cholesterol is accompanied by that of triglycerides, other lipid molecules in our bodies. The dietary advice and healthy habits are also similar to triglycerides. After a certain age should be decreased and the proportion of bread and pasta, maybe not combining them together in the same meal.

Excess carbohydrates cause weight gain, accumulation of fat and sugar, with the risk of diabetes, another disease that is often also associated with higher blood cholesterol and triglycerides. The best way to control blood fats and diseases related to them is, however, a diet for high cholesterol (and not only) prescribed by a nutritionist.