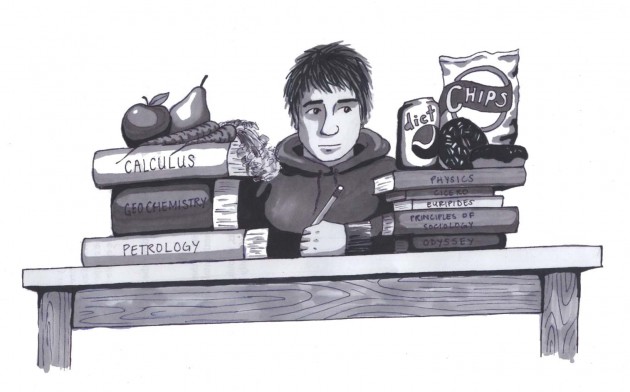 Let’s face it, no one is really safe from health risks nowadays because there are a lot of contributing factors that can pose a threat to any person’s health which can really affect their lifestyle. Every person especially college students, are vulnerable to this problem because they might have developed some habits that drastically changes their overall health and improper nutrition is one of them. College students have an unusual diet which can take its toll on them and its effects can really affect their performance as well. Not eating healthy can cause them to take a lot of sick days, a slight decrease in performance and take unhealthy food choices which can really have devastating effects in the long run.

Aside from learning and getting good grades, students have to value their well-being because what’s the use of studying if they can’t keep up due to all the stress and exhaustion they’re experiencing? In order to become effective students, then they also have to pay attention to their health as well and they could start by changing their eating habits. In order to change for the better, then here are a few tips that you could take.

Stay away from fast food!

Hamburgers, french fries and fried chicken are all tasty and delicious foods, but don’t forget that they’re also rich in fat and cholesterol which can cause you to get fat. There are a lot of studies that shows a decrease in physical and mental performance to any person who has a fast food diet which can be very bad news. It would be very wise of you to steer clear from these kind of foods most of the time because eating these regularly can lead to hypertension or obesity. You’re much better off eating fresh produce which is much more healthy than having a burger for breakfast, lunch or dinner.

Don’t rely on energy drinks too much!

A student’s responsibility doesn’t end after they’ve left school because it still continues at their very own home as they deal with assignments and any other things related to their studies. Most of the time, they’re forced to pull an all-nighter due to the quantity or difficulty of whatever they’re doing and they’re having a hard time doing so since they have a little energy left to do it. This is where energy drinks come in because it’s able to provide students with a temporary boost of energy, but what they don’t know is that frequent use of it can lead to various side effects plus its effect will decrease over time. There are other alternatives than energy drinks such as coffee which is a much healthier choice.

Instant noodles and other “ready to eat” foods might be the viable choice for most students but the nutrients they’ll get from it won’t be sufficient enough. Even though they’ll spend a bit more cash and time to prepare their food, it’s much more better than eating whole foods than processed foods because there’s more nutrients and energy that can be absorbed by the body. Of course, the more energy you have, the better you’ll be able to perform in your studies since you have a lot of energy to burn which will last for the entire day. Also, you’ll feel much healthier as well so invest a lot to your health.

Author Bio:  Ian MacArthur is a health conscious college student and a freelance writer for essayontime.com as well. He usually writes articles about health, education and writing since he’s quite knowledgeable in those fields. He’s quite interested in music and various forms of literature.