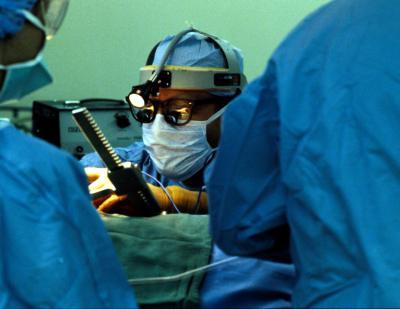 In case you know a friend or family member with blocked arteries, also referred to as coronary heart disease, you should not be alarmed. Thousands of cases are reported across the world and you are not alone. Triple bypass surgery is used to correct the situation but those seeking this type of treatment should consult a cardiologist to find out exactly what kind of bypass surgery they need. The bypass surgery resorted to mostly depends on the number of arteries that have been blocked. In case of a single artery being blocked, the likely solution is a coronary artery bypass type of surgery, while more than one blocked artery will require a quadruple or triple bypass surgery. After tests have been executed, a physician will inform the patient on the most ideal surgery.

Preparation for the surgery

You can prepare for this type of bypass surgery by closely following the instructions given by your doctor. These include instructions on dietary changes or restrictions on certain activities necessary for the body to be ready for such complex surgery. The patient will also undergo a number of surgery tests before the bypass that include a coronary angiogram, an electrocardiogram, blood tests, and chest x-rays. A coronary angiogram is a special x-ray procedure where dye is used in arteries for the doctor to see them lucidly. The patient is usually admitted on the day the surgery is to take place and since there are cases where this does not happen, it is incumbent upon the surgeons to ask more about all the arrangements in place.

The patient and to an extent their loved ones will feel nervous and uncertain about the future. These are normal feelings and the patient is always reassured he or she is undergoing a very common surgery across the United States with high levels of success. Bypass surgeries take place almost daily in more than one state and thousands of times over across the world, and the survival rate is very high. Triple bypass surgery is necessary for a number of reasons, whether it is due to congenital heart disease or as a result of poor diets clogging the arteries.

In many cases coronary heart disease is treatable with medication, less invasive procedures than surgery, or lifestyle changes. In situations where the blockage is very severe the surgery has to be carried out to make sure there is adequate flow of blood to the heart in a procedure commonly referred to as coronary artery bypass graft (CABG) surgery.

In the wake of the bypass process, blood vessels sourced from others areas of the body, mostly the legs, are grafted on a heart vessel already there prior to the blockage and after. It is not a simple detour since the blood is routed across the vessel that has been blocked.

The number of affected blood vessels informs the number of grafts performed. In the case of three vessels being blocked and there is a need for bypass to take place, the procedure is triple bypass surgery since three grafts will have to be acted upon. In case of a two vessels bypass, the surgical procedure is known as double bypass.

Triple bypass surgery could take around four to six hours to perform. After the surgery, the patient is usually released from the hospital after around five to seven days in case the surgery has been successful. Recovery takes place at home, monitored for two weeks to one month prior to going back to normal life, perhaps back to school or work. However, it is only after six months to one year that the patient will feel fully normal again. The good thing is that once a patient has undergone a triple bypass surgery, his or her blood begins flowing again to the heart, and they will feel healthier and robust than they initially were.

The process of recovery after triple bypass surgery includes diet counselling, occupational therapy, respiratory therapy and physical therapy. Driving and exercise could be resumed within a fortnight to three weeks. Patients who return to their occupation do so after thirty days to two months, but it depends on their occupation. There are patients who experience heightened feelings and emotions in an unusual way compared to how they did prior to the procedure. This could go on for a whole year after the surgery.