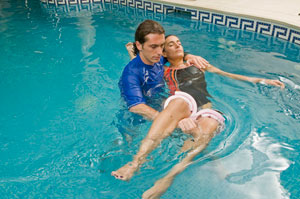 To initiate a water therapy after days of a total knee replacement appears to improve patient outcomes, but that’s not the case for those who have had a total hip replacement , according to a new study.
The number of patients who have a Total knee replacement is increasing, but there is a lack of agreement on the best treatment after surgery.

Aquatic therapy has been shown to be beneficial and typically begins two weeks after surgery, when the wound has healed.
This new study found that beginning aquatic therapy just 6 days after surgery could lead to better results , while delaying it one week may be more appropriate for patients with total hip replacement. 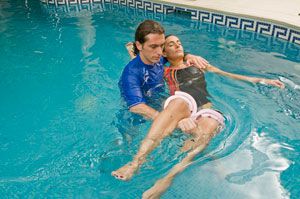 Total hip replacement is a high rate in terms of patient satisfaction, and often reported an improvement in the quality of life after the procedure. Additional interventions, such as early onset of aquatic therapy, may not lead to many improvements.
But , after a total knee replacement, patients are less satisfied, so additional interventions have a much better effect , as discussed one of the professionals who conducted the study.

It is estimated that the force of water during water therapy reduces the accumulation of fluid in the knee joint. As the knee capsule is closed after knee replacement, reducing fluid accumulation means less pain .