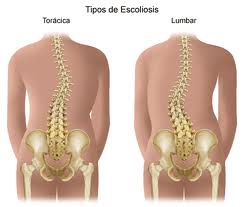 The magnetically controlled growing rods could treat the disorder of the spine, scoliosis in children, without repeating invasive surgery , a new small study suggests.

Scoliosis is an abnormal curvature of the spine that occurs mainly in young children and adolescents . Traditional treatment for children who are still growing is the surgical insertion of growing rods. Every six months, however, a new surgery is necessary to lengthen the rods.
Such repeated surgeries are expensive and force children to miss school.

In the study, researchers evaluated the use of magnetically controlled growing rods that were implanted in two patients. The key advantage: the surgery is not necessary to extend these bars.

After 24 months of follow up, the bars were effective and there were no complications, researchers reported. In addition, patients had no pain and were generally satisfied with the procedure.

The new bars would eliminate the need for repeated operations under general anesthesia, wound complications, and socioeconomic and health costs associated with the procedure. Preliminary results from the first two patients who underwent treatment for a minimum of 24 months suggest that this noninvasive outpatient procedure is effective and safe.

However, the long-term effectiveness is not yet clear, the researchers added.If the new technology leads to significantly better results than traditional growing rods is not yet known, but initial results are positive.