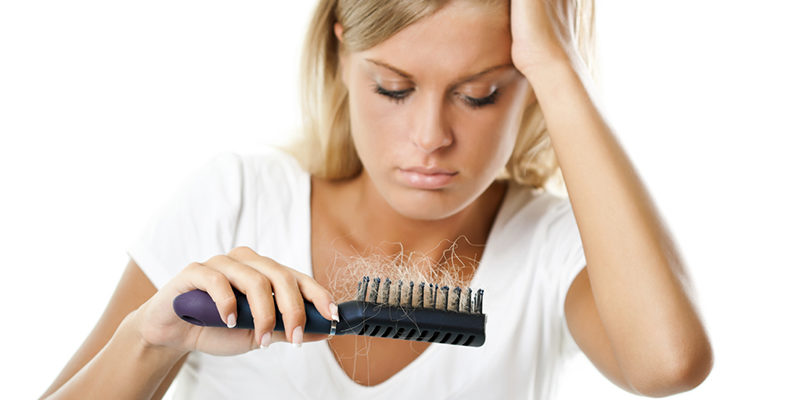 Having long hair or short, dark or light – this is what we can decide for ourselves, things that no longer depend on nature. We can help designers and hairdressers … But all this – on one condition: the hair must exist!

Unfortunately, we all fall down hair, it is important to consider when we begin to lose them, and how many of them there are. If you notice some hair on the comb in the morning – is not serious, but if there are dozens of hair that are lost after each combing – this can lead to a radical change in our appearance and also a psychic trauma. Therefore, the problem of hair loss is always big.

Why you lose your hair?
The main cause that leads to hair loss ( baldness ) in men is associated with testosterone – the male sex hormone. The hypersensitivity of one of several types of testosterone causes hair loss, the case that can begin to 30 years – the so-called androgenetic alopecia

Another reason – Is stress. Two – three months after experiencing strong emotions, shock, could lead to hair loss. The cause of this is the growth in the level of testosterone and adrenaline in response to a stressful situation. Hair loss in women can begin, strangely enough, after pregnancy and childbirth. Some women during pregnancy, due to the increase in the number of female sex hormones (estrogen), have their hair very beautiful, but a few months after giving birth, estrogen levels back to normal and the hair begins to fall.

Hair growth depends on the level of male and female hormones and is also expressed in the appearance of problems with hair in menopause. At this time, the production of female hormones estrogen and progesterone decreases, and this leads to a predominance of male sex hormones in the female body. Furthermore, during menopause women often are often stressed, it comes to a stress of psychological origin. The combination of all these factors causing the hair loss.

Excessive hair loss can also be caused by thyroid disorders – like his hyper – and hypofunction.Sometimes hair loss occurs in small areas – the so-called alopecia areata or balding. Very often, this phenomenon is associated with the so-called autoagressione that causes the body perceives their own hair like bodies estrani and therefore tends to get rid of them.

And finally, the cause of hair loss may be chemotherapy and radiation therapy. Chemotherapy leads to the inhibition of the growth of the hair follicle – the hair falls out, but after treatment everything back to normal. The radiotherapy instead, used in oncology, leads to the irreversible loss of hair only if the radiation is directed directly to the scalp. In other cases, the hair grows back after treatment.

There are remedies? Regain the hair you can!

Obviously, a person becomes accustomed to their appearance and do not notice the subtle changes in it. This also applies to the state of the hair. Time passes and it seems that nothing changes, but there comes a moment when the hair loss is greatly visible at a certain moment it turns out that the remaining hair on the comb become more and more, and on his head instead of less and less. The conclusion is obvious – something must be done … and quickly.

Depending on the cause that determines the fall, doctors suggest a generally appropriate treatment. Usually advise the use of drugs that regulate the production of a hormone responsible for hair condition. These drugs are quite effective, but the effect can only be maintained if consumed continuously throughout life. In addition, physicians familiar with a long list of undesirable side effects of such treatment.

Another popular method is to surgery: the transplantation of hair on the problems of the head. Like any surgery, this method is traumatic, and if you do not survive in the hair transplant scars remain points. The success of engraftment hair in a new place depends on many factors, often beyond the control of a surgeon. And the method can not be used for all.

It also proposes the application of stimulant medications (creams) on the skin, vitamins and minerals, and not to forget is also psychotherapy! However, there are still no scientific evidence of the efficacy of these treatments.

Plasma therapy – a method developed for the treatment of hair regrowth.

Today it is possible to regrow hair thanks to a new new technique of “transplant Express” – a method well established in many areas of medicine. This method is known to doctors 70s and is in continuous development.With the passage of time the plasma therapy is becoming increasingly applied in cosmetology and becomes widely used for the treatment of hair loss ( trichology ).

The fact is that before the fall, was succeeded by his thinning hair, and at this stage you can stop the process, strengthening the hair follicles. This is feasible using the plasma of the patient’s own blood that contains a variety of growth factors that contribute to the restoration of damaged cells.

Leaving out the scientific details, the method is reduced to the fact that its platelet-rich plasma is injected into the active region of the scalp, growth factors begin to stimulate biochemical reactions in damaged cells, including hair follicles. The follicles reabilitati begin to work with a triple force, and instead of thinning hair on the head is formed a real fabric hair healthy and natural.