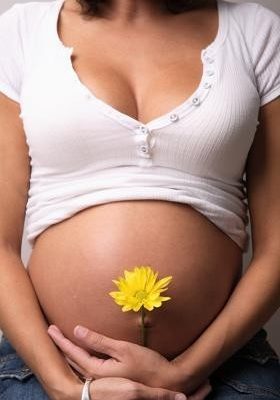 The depression is really a situation that is often hard to bear. Those who lived it and know what it means, when you fall into this pit, you are willing to do anything they can find a bit ‘of relief and peace. But what happens when, so to speak, to be the subject of the effects of antidepressant drugs is not only the person himself but also “someone” who is involved against his will, as the fetus?

Starting from this question, researchers at the Sophia Children’s Hospital and the Erasmus Medical Center in Rotterdam , the Netherlands, decided to conduct a study to try to better understand what the possible side effects of drugs selective serotonin reuptake inhibitors ( SSRIs) on the fetus and birth. The information relating to the use of antidepressants in general are quite substantial, however, as regards the SSRIs little is known.

Reason why it is necessary to precisely obtain greater clarity. Dr. Hanan El Marroun and colleagues that used data on 7,696 pregnant women in order to assess the impact of SSRIs on the health of both mother and fetus. The full results of the survey were published in the online version of Archives of General Psychiatry, however, since the first results it was found that although these drugs seems to reduce depressive symptoms in women, have a negative impact on the growth of the fetal head and increase the risk of premature birth.

“The symptoms of depression are untreated been associated with a reduction of the total growth of the body, including the head of the fetus during pregnancy – write the authors of the study – On the contrary, the use of prenatal SSRI was so tied to reduced growth of the fetal head, but did not affect the growth of the fetal body. ” Of the study participants, 7,027 (or 91.3 percent) did not suffer from depressive symptoms or had to light, while 570 (ie. 7.4 percent) suffered from clinically relevant depressive symptoms , but have not used the SSRIs, then 99 (ie 1, 3 percent) used drugs SSRI.I results are therefore not entirely exhaustive, and despite add more knowledge to the problem, further studies are needed, scientists note.

Specifically, what has been shown is that the use of SSRIs induces a reduced growth of the fetal head circumference and less – not more significant than the treatment of depressive symptoms, if they are present. This reduced circumference of the head and, consequently, the possibility that the child will be born with a small head with respect to the average, has been associated with the risk that the child may have problems during growth as, for example, psychiatric disorders and behavioral problems. However, the researchers warn, do not necessarily assume that there is an association with the use of SSRIs. Further studies are needed.