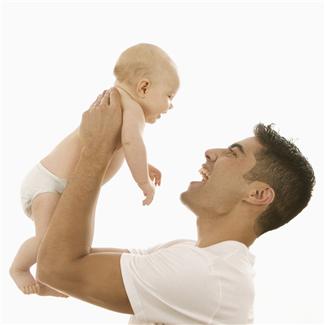 A vasectomy at half the cost seems like a miracle on Medical Street.

The fact is – this miracle has happened, enthusing many folks who went through a vasectomy earlier, and who were worried about the high cost of vasectomy reversal.

So, when and how did this happen? I mean no one can ever believe that a reversal’s cost will drop by 50% so suddenly and abruptly.

Let’s first check on what happened. Chris Young, a 42-year-old man, is a resident of San Antonio. He had been through a vasectomy many years back after he met the woman of his dreams and settled down with her. They started a family and Chris became a proud father. However, down the line, things turned sour and Chris got a divorce.

Chris was all alone in this world until he met Allison, a 32-year-old mother. She fell for Chris and wanted his baby.

Chris regretted his vasectomy. He checked with an urologist, Dr. John Case, who informed him that it was not too late to reverse it. Chris inquired about the costs and was surprised when he learned that he would have to pay just $4,500 for the procedure – earlier, reversals cost about $9,000!

Chris agreed for the procedure. It went through smoothly and Chris later felt it was painless and worth it.

Today, Chris is the proud father of baby Harper.

So, why did Dr. John Case cut the procedure cost by 50% and how did he do it?
You will be happy to know that there’s a new reversal procedure in town that cuts time and costs by half!

A traditional reverse vasectomy takes about four hours and the patient requires a lot of stitches. The new procedure uses fibrin glue to reconnect the vas deferens. It does away with most of the stitches. Instead of 10-12 stitches per procedure, only 3 are required because the tube is sealed with fibrin glue. The healing process begins after the procedure and the patient is asked not to engage in sexual activity until his doctors says so.

Once the doctor gives him the green light the patient must have a lot of intercourse because the doctor will require a lot of fluids to flow. The results are pretty quick too and Allison was pregnant after the first month! Chris has already opted for another vasectomy after becoming a father once again!

The fibrin glue method has revolutionized vasectomy reversals by cutting time and costs. Will it now be used more often? Will it fail? Don’t know for now, but time will tell.

Corrine J. Henderson is a blogger and mother of two boys.